Due to changes to the underlying database, the first restart of the Cryptshare Server after the update was downloaded may take up to several minutes. Refer to 'Restart the Cryptshare service during update process' for information on how to inspect the progress of the update.

In case your language packages have been modified, the attached delta-file delta_english_lp_5.0.0_to_5.1.0.txt can help you to locate the changes in this update and re-apply the modifications. The structure of this file is explained in Language Pack Changes.

Changes in this version

It is now possible to change the loading behaviour for the statistics section and the transfer log section in order not to instantly load the data when opening the page.

This way the administrator must not await the initial loading process, but can first set his preferred time period and then start the loading process. 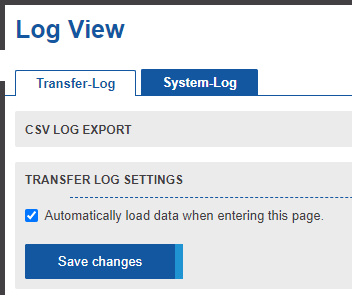 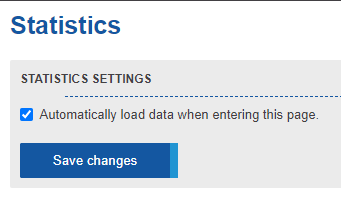 In this version parallel sending of emails was introduced in some places, e.g. the Cleanup Task for sending transfer summary mails to the sender. By default the number of emails that are sent in parallel is set to 5.

In order to further increase throughput, you can increase this value provided your mail server is configured accordingly. See chapter Advanced Configuration for more details.