You can apply a password from a data source within HCL Notes for messages that are processed by Cryptshare based on rules. This password needs to be entered by the recipient when downloading the files. Thus, you can for example automatically send messages with recipient-specific passwords coming out of a customer database instead of using one-time passwords for automatic file transfers. The following steps need to be taken to enable this feature. Open the database from which you generate the messages. Open the "Memo" form and add a field "UserPassword". The password is handed over to Cryptshare in this field in an encrypted way so that it is not readable to anybody. Encryption of the password takes place using the function "CS4N_Encrypt_Password()" that can be found in the Script Library "Cryptshare-CS4N-Password" in the template "-T- Cryptshare Library".

You want to allow user to set a password directly in the Notes Memo Form. Take the following steps:

The source code of the library is not visible.
Avoid recompiling the source code. This would lead to errors because an empty script library would be recompiled. After compiling, the library needs to be copied into the application again from „-T- Cryptshare Library“. 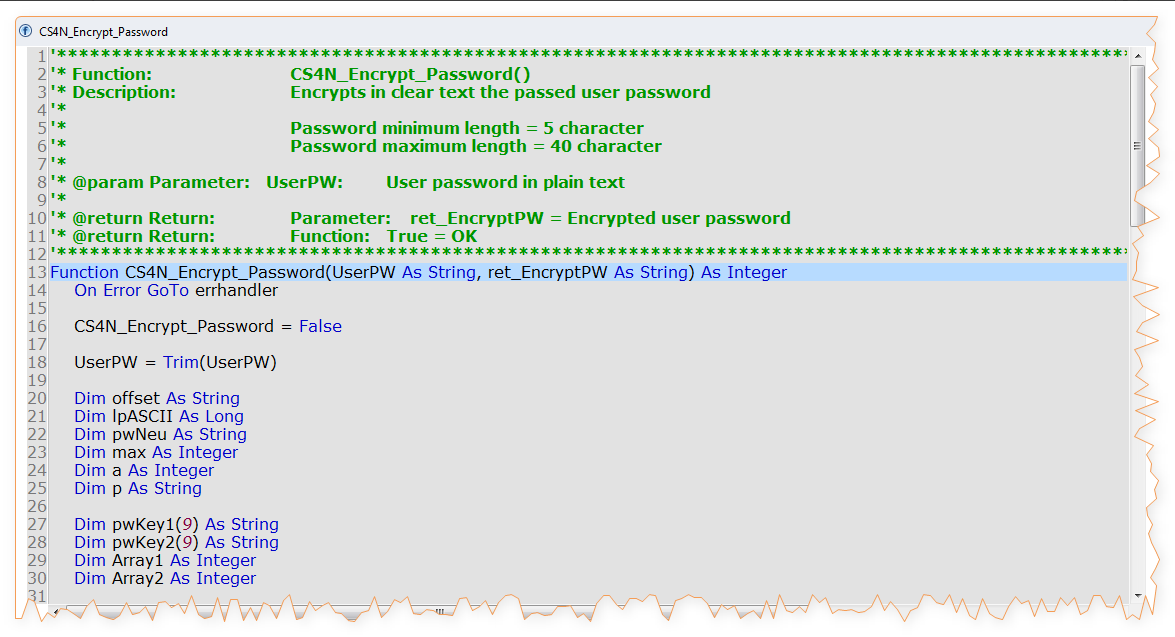